So I went to an Instructional Rounds debriefing today during lunch, expecting to discuss what we observed and how we can use that to improve our own teaching.  The observation focus was Student Engagement.  The discussion started out as you would expect.  Teachers started sharing some of the strategies they saw and were discussing student engagement.  After hearing what they were saying, and reflecting on the observations I did, I spoke up…

I don’t know exactly what I said, but it was something along the lines of, “I had a hard time figuring out if students were truly engaged, or if they were just being compliant.”  The comments people were making about students looking at the teacher and answering questions when asked to, didn’t convince me that we observed engaged students.  We observed compliant students; students who were just “doing” school (I stole that line from Shelley Burgess).  I’m not sure how many were truly engaged. It is so hard to get students truly engaged.  To make them want to learn, excited to learn, and passionate about school is something we all want, but how often do we accomplish it? It’s definitely something to think about and work towards.  I hope my comments got others in the room thinking.

A few minutes later in the same meeting, seating arrangements, classroom management, and cell phone policies were being discussed.  As I listened to teachers talking about their reasons for why they had seats in rows instead of pods, and why some allowed phones in class and others didn’t, another thought popped into my head.  What is the ideal learning environment in 2013? Clearly there is no single answer to this question, but in MY class, what is the ideal seating arrangement, cell phone policy, grading policy, etc. If the kids are the one’s learning in my classroom, shouldn’t I at least give them a voice? That’s not a groundbreaking idea.  I’ve seen numerous tweets and read several blogs about student voice, but listening to my colleagues talk about their rooms, and reflecting on my own setup, it was all about the teacher’s preferences.  It’s like a movie theater having plastic seats because they know people are going to spill soda and wipe popcorn butter on the seats.  If the seats are plastic, they just wipe ‘em, or hose ‘em down at the end of the day.  However, that’s not the case.  They realize that we won’t watch a 2 hour movie in a hard plastic seat.  We want to be comfy while we watch.  Shouldn’t the same way of thinking be applied to a classroom.  If we want them to learn for hours on end, shouldn’t we ask them what the ideal learning environment is instead of just doing what works for us and makes our job easier?

When I mentioned the idea of asking the students how they would want the room setup, I was immediately shut up by another teacher.  I don’t remember his exact quote, but it was something along the lines of, “We teach in an industrialized system, asking kids how they would want school to look is pointless. We can’t give them what they want.” The words industrialized system, were actually said!  It’s not that I disagree.  Our current education system is still largely based on industrialized models from 100 years ago.  But what got at me was his acceptance, and the acceptance of others in the room.  One of my colleagues did jump in and defend my statements, but we were clearly the minority in the room.

After finishing my day I decided that I was going to do exactly what I said I was going to do.  I am going to ask my students several questions about their ideal learning environment.  While I do try to give them a lot of freedom and choice already, I want to know what they want school to be like.  I will start off my questions with the statement, ”Forget everything you know about school and education…”  We will then have a roundtable discussion as a class using THESE QUESTIONS I wrote up this afternoon.  It addresses their ideal learning environment and even tries to figure out the student apathy problem that I have been seeing increasingly over the past few years.  I’m very excited for tomorrow and the answers that they give me.

“We can’t give them what they want”…We sure as hell can listen and try!

Author: that one guy

6 thoughts on “Engagement vs. Compliance, and Student Voice” 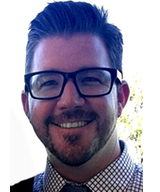